Is Survey Freedom A Scam? – No, But Don’t Expect Much From It

Before I was able to find a legit way to make money online, I tried my fair share of money making schemes.

Taking online surveys just happened to be one of them.

Although my goal wasn’t to get rich off it, I did expect at the very least, to make a decent income.

But what I found was a lot of junk mail in my inbox, and a whole lot of time being wasted. But maybe Survey Freedom is different.

In this review, I plan on going over if this fairly new survey site can create the income most people are looking for when searching for ways to make money online.

Best For: People looking to earn extra cash on the side

Summary: Survey Freedom comes off as a Get-Paid-To (GPT) site with the promises of helping you earn money. But what it really does is redirects you to third party survey sites like Survey Junkie, Inbox Dollars, and I-Say.  They probably receive a commission for referring people to these three sites. Their website doesn’t provide a lot of information making it confusing for users.

What Is Survey Freedom?

If you’ve ever tried any get-paid-to (GTP) sites, then you have an idea of what to expect.

I can remember trying out other GTP sites and having to go through the process of setting up accounts, just to see if I qualify to actually take surveys.

The funny thing with survey freedom is, they don’t have you create an account with them.

What they do is, redirect you to third party survey sites where you then have to create an account with them.

So technically they’re not even a GPT survey site. If that wasn’t enough to make you stop and think, they’re website was started back in June of 2018.

But on their site they have testimonials with photos of people that make you question are these people even real survey freedom users.

So I ran the photo through this site called TinEye, which allows you to find out where else the photo resides online. 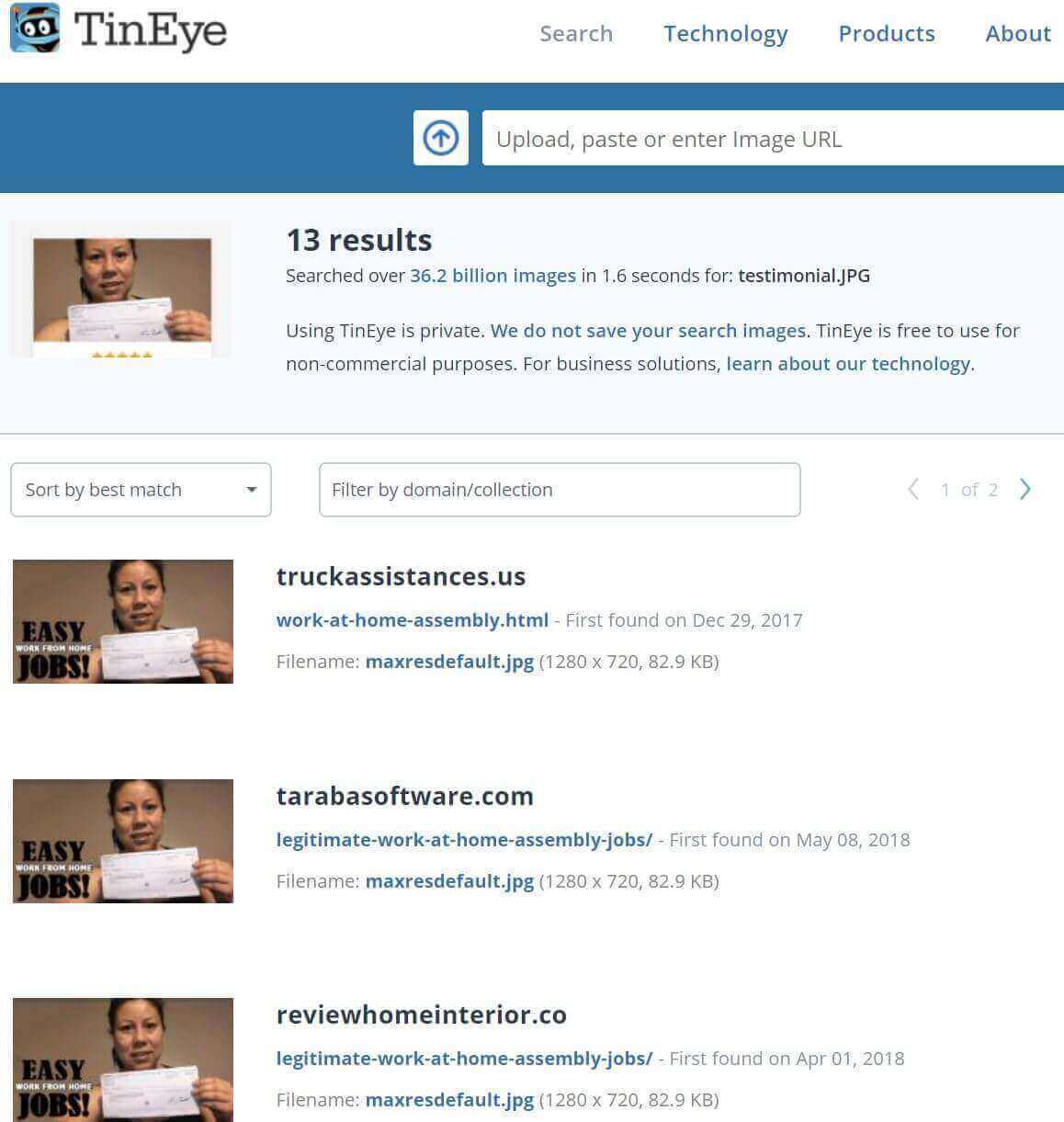 Come to find out that the photo is on a few other sites that date back as far as 2017.

Being that survey site just started in 2018, I find it hard to believe this person is an actual user of the site.

So that right there makes this site a bit scammy. But let’s go a little further into how survey freedom operates.

An Inside Look Into Survey Freedom

First off, they claim that you can make up to $40, which is super rare for any survey site.

But they also state that most survey sites pay anywhere between$5 - $15. Which is possible, but still very high in most cases.

So When looking through their site, you’ll notice that there’s not a lot of information made available to you.

Basically what they want you to do is click on their “Start Earning” button which will bring you to a their questionnaire.

Once you’re done answering their questions, they make it seem like they’re finding you the best surveys that will pay you the most amount of money.

When in reality they’re just generic questions that pretty much lead to the same outcome.

So once it finishes populating, they ask you to input your name and email to unlock the results. You are then taken to a page where you are recommended to 3 survey sites. 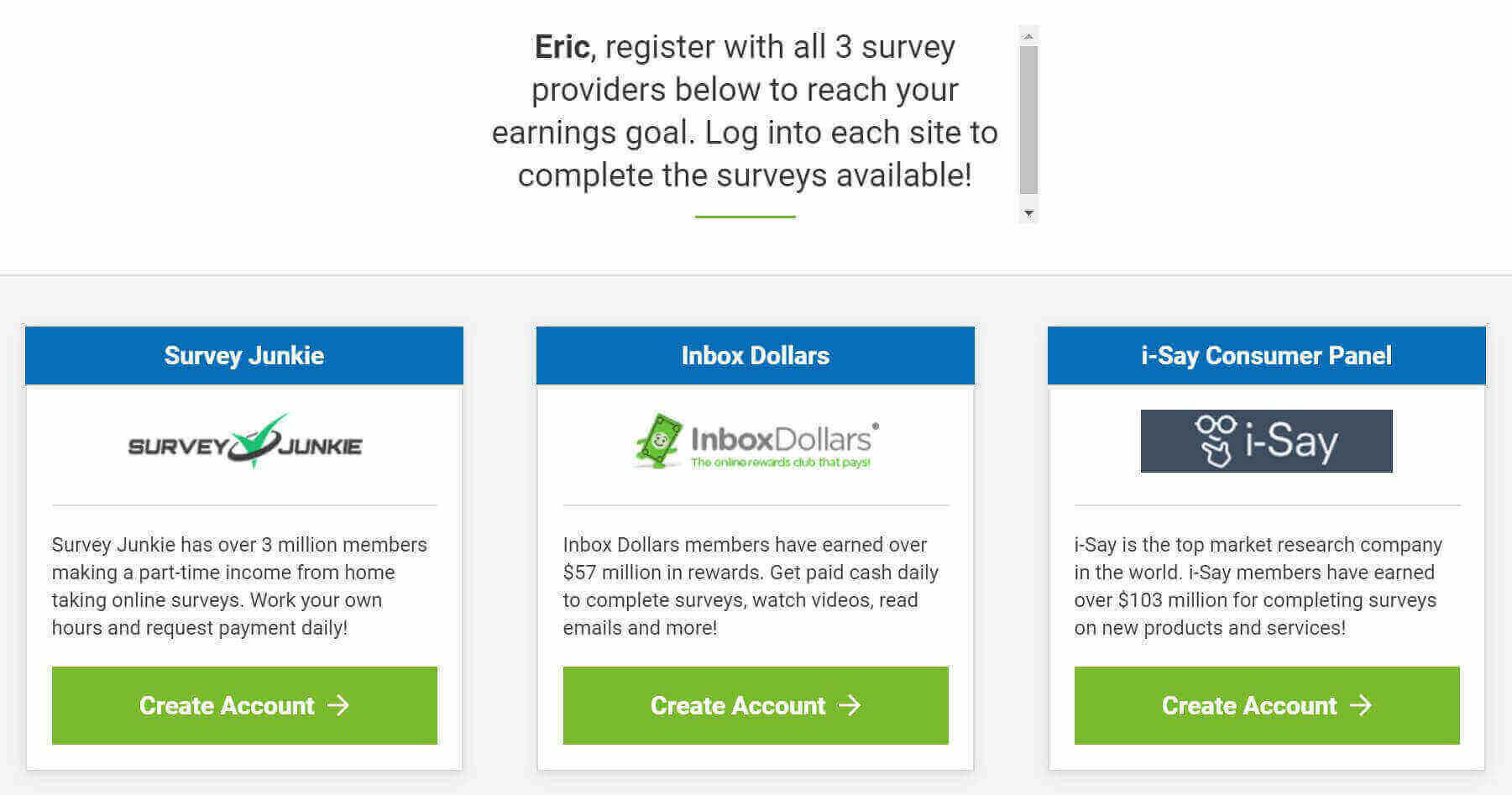 Out of the 3, inbox dollars is the only one I’ve tried. And I don’t remember ever receiving a survey that would pay $40 to complete.

I barely remember any $5 surveys. What I can promise you is that these surveys will be boring, tedious, and very repetitive.

But if you like that kind of work, then go for it.

There’s not much to like about survey freedom. But if I were to come up with something, it would be the fact that it does find you legit survey sites.

I can remember when I searched for survey sites to sign up to, there were so many to choose from.

Sometimes you have to worry about finding sites that pay you on time, if at all.

So I’ll give kudos to survey freedom for being able to at the very least, find you decent survey sites to join.

But to be honest, you could find even better sites than the ones they provide. Sites like Swagbucks, and Survey Junkie.

Although Inbox dollars is also a legit site that survey freedom provides.

Testimonials are something you need to be aware of when it comes to making financial decisions.

You never know if the people that are shown on certain sites are actual users of the product or service you are researching.

This looks like it may be the case when it comes to one of the photos survey freedom has shown on their site.

But I learned that one of the photos shown as a testimonial, is a photo that is also on another website before the survey freedom site was ever created.

That in itself can make anyone question the legitimacy of any business.

So regardless if this will deter you or not, at the very least it’s something to be aware of.

With most GPT sites, they have you create an account so that they can set you up to make money.

But when I first landed on the survey freedom website, I was surprised to see the lack of information it had about taking surveys.

What they’re really trying to do is direct you to some third party survey sites so that they can probably collect commissions.

Not only that, they have you fill out a questionnaire as if they were trying to help find you the best opportunity to make money.

When it reality, it’s a bunch of generic question that pretty much lead you to the same 3 options.

Survey Freedom states on it’s website that you can earn up to $40, but most surveys pay between $5-$15.

It’s funny that they say this especially when they aren’t even the one’s paying you.

All they’re doing is directing you to survey sites that actually do pay.

I usually got surveys that paid anywhere from 50 cents to maybe $5.

They pretty much use the $40 potential earning just to get your hopes up.

But the many surveys I took, not once have I seen that much being paid out. And I don’t know anyone that has seen that as well.

Is Survey Freedom A Scam?

With all that being said, survey freedom isn’t a scam. However, what it is, is a complete waste of time.

All they’re doing is making you think they are finding you legitimate money making surveys, when in reality, they’re just redirecting you to third party survey sites.

Not only that, but by giving them your info like name and email address, they’re pretty much just gonna spam your inbox.

If you’re dead set on using surveys as a way to make money, then just go to the sites directly.

Probably not, especially when it comes to looking for ways to make money online.

But if you’re serious about learning how to make money online the legit way, then please continue reading

How I Make Money Online

If you’re looking for a legitimate way to make money online, then learn how I was able to make Six Figures in just 7 months.

Because of my hard work, I was able to quit my job as a personal trainer and kickboxing instructor, and went full-time with my online business.

So if you’re interested in learning about how I was able to accomplish this, then please click here!

You will learn about the tools, the training, and most importantly, the community that has helped me become financially independent.

What Is Bydzyne? – Are They Even Legit?

Is Bellame A Scam – Legit or Exposed?